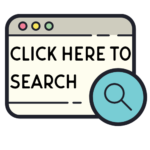 Standard practice when we transcribe a document is to record the information as it was originally written, errors and all. However, in order for this record to be a reliable resource, and to do some justice to those who were recorded as property, every effort has been made to ensure the information is accurate. The names of the owners have been cross-referenced with the 1860 Census and the 1859-1860 City Directory, as well as other local history resources.

Several factors play into the accuracy of the original census records. In 1860 Buchanan County was recorded by township. There were two Census Assistant Marshalls, or enumerators, for Buchanan County. One recorded Washington Township, because it was the most densely populated, encompassing St. Joseph. Then there was a separate enumerator for the rest of the townships. As we transcribed it, became clear that many names were recorded with incorrect spellings. We cross-referenced the names of the individuals with the 1860 Census, only to find a completely different spelling of the same name in most instances. Upon further inspection, it became clear that though the same enumerator was credited as the same person on both the Slave Schedule and the Census, the handwriting is completely different.  We have tried our best to provide the most accurate record possible. As information comes to light, the database will be updated and corrected.